At Klaire’ clinic, all clients are closely monitored by excellent-trained anti-aging physician. The doctor will take into account your health history, medical conditions, prescribed medications and physical examination to formulate a customized program of treatments in part including supplements, hormones, nutrition and exercise.

Home Article How to know if we have an adverse food reaction ?? 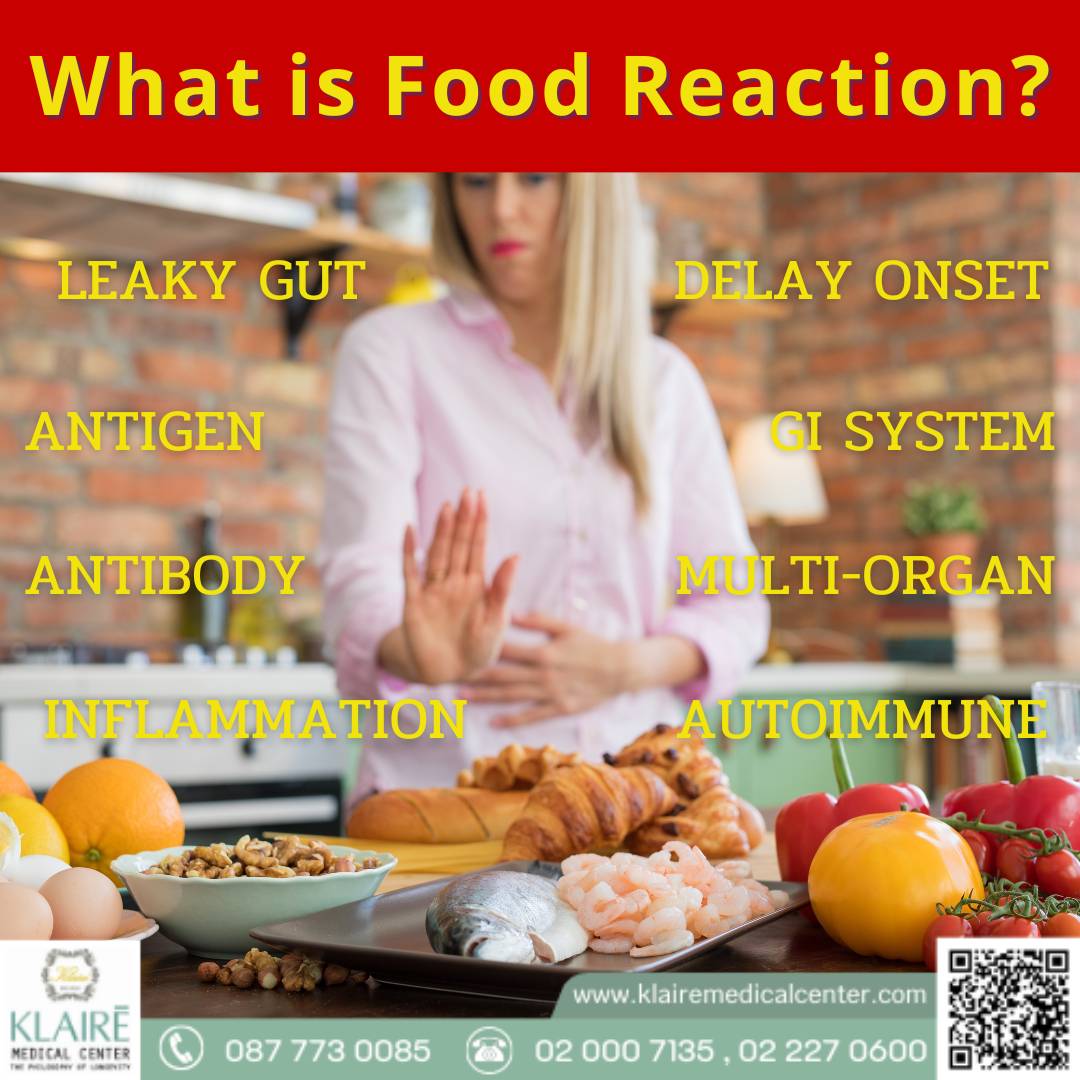 How to know if we have an adverse food reaction ??

Many people may be confused that What is the difference between a food allergy and an adverse food reaction? Today we have the answer.

♦️Food Allergy
– Caused by the immune system in some people produces IgE antibodies that fight against certain foods you eat. (because they think the food they eat is an allergen)
– Symptoms of food allergy usually occur immediately or within 1 hour.
– The most common symptoms include rash, itching, hives, runny nose, swelling of the tongue or lips, and vomiting. Severe symptoms are called anaphylaxis : severe swelling of the airways leads to difficulty breathing, a drop in blood pressure or shock, unconsciousness, and sometimes death.
– Common allergic foods such as milk, eggs, peanuts, soybeans, wheat, walnuts, cashews, marine animals, fish and shrimp.

– is different from food allergy and is often associated with leaky gut, that is, when a certain food is ingested and particle leaks. The undigested food passes through the leaky holes in the intestinal wall into the bloodstream. The body treats those particles as a foreign body (Antigen) and therefore produces IgG antibodies. If the antigen is in large quantities, it will float in the bloodstream and accumulate in various tissues causing inflammation in that tissue.
This process takes 2-4 weeks after eating those foods. Therefore, it does not immediately show abnormal symptoms like an IgE food allergy, but when we eat the same food again, symptoms will occur which usually occur within 72 hours.

– If we still consume the same food, the body reacts to cause the tissues within the intestine and various systems more inflamed until starting to show symptoms such as flatulence, constipation, abdominal pain without cause, diarrhea, irritable bowel syndrome, chronic headache, fatigue, migraines, sneezing, asthma, nasal congestion, hoarseness, dark eye circles or bags under the eyes and has some inflammatory skin conditions such as acne, hives, rashes, edema, and may be associated with autoimmune diseases.

🔎 After receiving the test results, The doctor will apply to treat and recommend a suitable diet including supplements to balance and restore the intestinal condition. It was found that most of the patients, after refraining from food that the body resisted and restoring the intestines for a while, symptoms improved. It was also found that the immune system and general health improved as well.

Hormonal changes in men at the age of 40+

Know your body deeper with Biofeedback